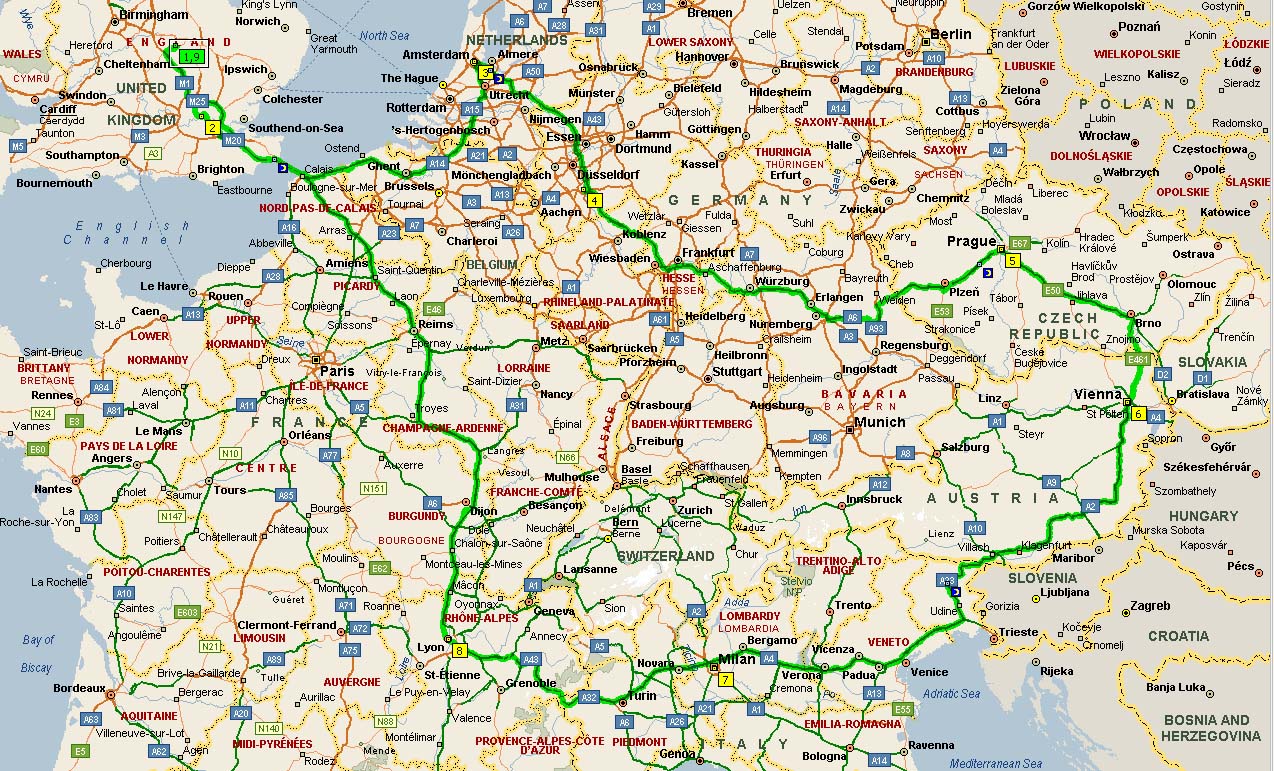 In 2007, I took my GT with my co-pilot Ste, 3000 miles around Europe. Our team was called Team Spirito Di Punto Sports

The Event took place between June 10th - 16th, and we travelled day and night across europe

Official Website of the rally in association with Max Power http://www.modball.com 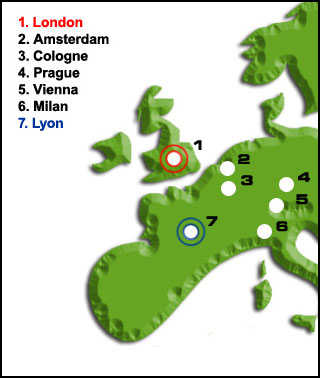 Sunday 10th June 2007
The adventure begins at our London pit lane for press photos and official meet and greets, then at 4pm the flag drops to signal the official start of the first Modified Gumball. From here the Modballers drive 300 miles through France and Belgium to the first checkpoint in Holland, Amsterdam, for the first night of partying.

Monday 11th June 2007 Amsterdam - Cologne
Back in our cars we head across to Germany on a 170 mile smooth drive to our second checkpoint in Cologne. Cologne is the home to over 50000 students and countless clubs and bars waiting to host the Modballers second night of partying.

Tuesday 12th June 2007 Cologne - Prague
DIRTY SANCHEZ
Time for MTV's infamous boyos DIRTY SANCHEZ! Prague is the place where they will be performing their live show in front of a stomach churning audience! This is after 400 miles of very obedient and law abiding driving across Germany and the Czech Republic to one of Europe’s most beautiful cities and leading social scene’s.

Wednesday 13th June 2007 Prague - Vienna
Next stop Vienna, Austria after a mid-way easy stage of the Modball but don’t be fooled, this is 190 miles of exciting tarmac to test everyone’s grip and see whose got the best handling!

Thursday 14th June 2007 Vienna - Milan
FUEL GIRLS
The night of the Fuel Girls! Modified car's sexiest group of girls will be bringing their energy and beauty to the road trip in an evening of shows. Milan is the capital of Italy’s fashion world and the home of beautiful girls, the perfect location for all the Modified Gumballers and the Fuel Girls to go crazy!.

Friday 15th June 2007 Milan - Lyon
THE LATE SHOW LONDON
The final day and the last dash to the finish line in Lyon where Modballers have to cross the line in extravagant style as there is an award for the most outrageous end to Europe’s most sought after rally!
In our last evening The Late Show breakdancers will be performing their highly acclaimed London based show where they will be showing off moves only Madonna wished she could do without having a hip operation!
Here is the end of what will be the most exciting week of any modified car owners life! But it doesn’t end here as the after show party will be bubbling and the awards ceremony will be about to begin.

Saturday 16th June 2007 12pm – A final lap of honour through the streets before heading back to Calais to catch the midnight ferry back to the UK.

We can't wait to get going! Its going to be a brilliant event!